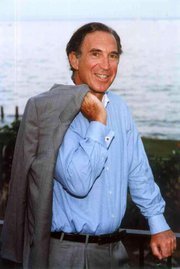 Topol, Allan: - Allan Topol is the author of eleven novels of international intrigue. Two of them, Spy Dance and Enemy of My Enemy, were national best sellers. His novels have been translated into Japanese, Portuguese, and Hebrew. One was optioned and three are in development for movies. In addition to his fiction writing, Allan Topol coauthored a two-volume legal treatise entitled Superfund Law and Procedure. He wrote a weekly column for Military.com and has published articles in numerous periodicals including the New York Times, Washington Post, and Yale Law Journal. Topol is a graduate of Carnegie Institute of Technology who majored in chemistry, abandoned science, and obtained a law degree from Yale University. As a partner in a major Washington law firm, he practices international environmental law. An avid wine collector and connoisseur, he has traveled extensively researching dramatic locations for his novels.