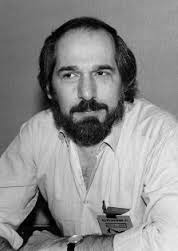 Charles Grant has won three World Fantasy Awards, two Nebula Awards, and a Life Achievement Award from the British Fantasy Society, and been named a Grand Master of Horror, all for his contributions to the genres of horror and dark fantasy as both writer and editor. Editor of the award-winning Shadows anthology series and of the shared-world anthology series that began with Greystone Bay, Grant has written several bestselling novels, including The X-Files: Whirlwind, The X-Files: Goblins, and The Pet. Other novels include Jackals, Raven, The Nestling, and volumes in the Millennium Quartet, which begins with Symphony.
Using pseudonyms, including Timothy Boggs, Lionel Fenn, and Geoffrey Marsh, Grant writes humorous fantasy, action-adventure, and occasionally science fiction. Grant and his wife, author/editor Kathryn Ptacek, live in New Jersey.