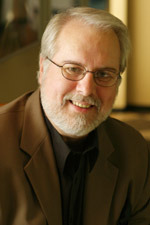 Since 1985, Don Piper has been an ordained minister. He is the author of several bestselling novels, including the New York Times bestseller 90 Minutes in Paradise. He has appeared on Today, The 700 Club, Life Today with James Robison, and other television and radio shows, and he lectures all throughout the United States and the world. His wife, Eva, and he live in Pasadena, Texas. Cecil Murphey is the author or writer of over a hundred publications, including Franklin Graham's autobiography, Rebel with a Cause. Cecil lives in Atlanta, Georgia, and is a co-author of the best-selling Gifted Hands with Dr. Ben Carson.