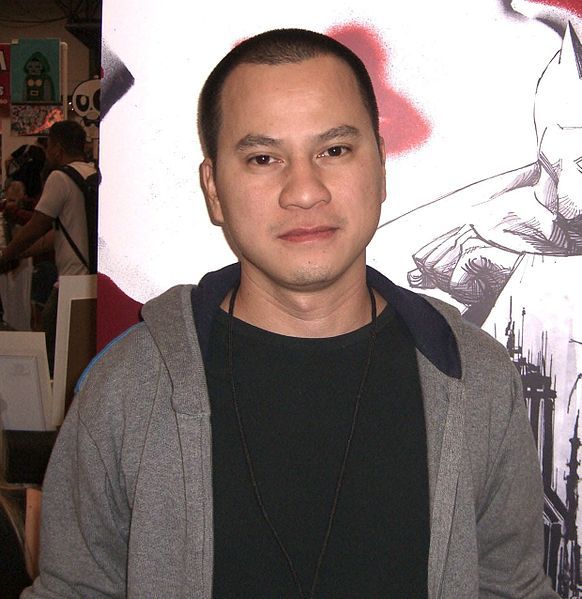 Dustin Nguyen is an American comic artist who has worked on Wildcats v3.0, The Authority Revolution, Batman, Superman/Batman, Detective Comics, his creator-owned project-Manifest Eternity, Batgirl, and Batman: Streets of Gotham. He's also known for co-writing and illustrating Justice League Beyond, illustrating Vertigo's American Vampire: Lord of Nightmares with writer Scott Snyder, and co-creating the DC all-ages title BATMAN: Little Gotham, which he and Derek Fridolfs wrote. Aside from his own books, his cover art can be found on publications such as Batman Beyond, Batgirl, Justice League: Generation Lost, Supernatural, and Friday the 13th, as well as a slew of other DC, Marvel, Darkhorse, Boom, IDW, and Image titles. He is now illustrating Descender, a monthly comic published by Image Comics that he co-created with artist/writer Jeff Lemire. Dustin works as a concept artist for toys and consumer products, games, and animation in addition to comics. He likes to sleep, drive, and draw things he cares about.