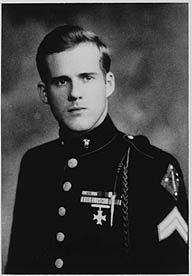 Sledgehammer Sledge was born and raised in the city of Mobile, Alabama. He enrolled in the United States Army in late 1943. Marine Corps is a branch of the United States military. He was transferred to the Pacific Theater after basic training, where he fought in Peleliu and Okinawa, two of World War II's bloodiest engagements. Following the surrender of the Japanese, Sledge joined the occupation troops in China.

He earned his bachelor's degree in biology and went on to teach at Alabama College (later the University of Montevallo) until his retirement. Sledge wrote about his combat experiences at first to explain them to his family, but his wife urged him to publish them. On March 3, 2001, Sledge passed away.