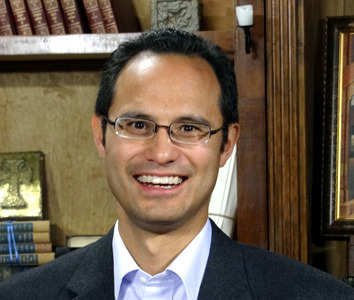 Dr. Edward Sri is a well-known Catholic lecturer, theologian, and author who appears frequently on EWTN. He lectures to clergy, parish leaders, catechists, and lay people from all over the world every year. He is the author of several best-selling books, including A Biblical Walk through the Mass, Walking with Mary, and Who Am I to Judge? Edward Sri is also the host of the acclaimed film series Symbolon: The Catholic Faith Explained (Augustine Institute) and the presenter of various faith development film series, including A Biblical Walk through the Mass (Ascension Press), Mary: A Biblical Walk with the Holy Mother (Ascension Press), and Follow Me: Meeting Jesus in the Wilderness (Ascension Press). He received his doctorate from the Pontifical University of St. Peter in Rome. At Rome, Thomas Aquinas. He lives in Littleton, Colorado, with his wife Elizabeth and their eight children.