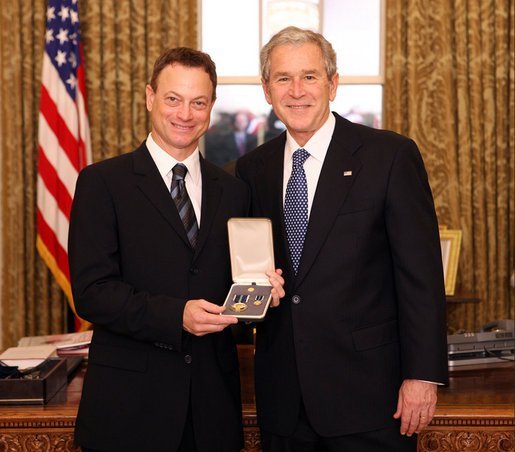 Gary Sinise is an Oscar-nominated actor who has also received an Emmy, a Golden Globe, and two Screen Actors Guild awards, as well as a star on the Hollywood Walk of Fame, for his work advocating for America's veterans for nearly four decades. Gary has received multiple humanitarian accolades for his service, including the Congressional Medal of Honor Society's Bob Hope Award for Excellence in Entertainment, the Association of the United States Army's George Catlett Marshall Medal, and the Department of Defense's Spirit of Hope Award. The United States Navy named him an honorary Chief Petty Officer, pinned him as an honorary Marine, and presented him with the Sylvanus Thayer Award at West Point, which is given to a civilian whose character, service, and achievements represent the values that the United States values. Military School. He also received the Presidential Citizens Medal, the second-highest civilian distinction bestowed by the President of the United States on individuals for extraordinary acts of patriotism.