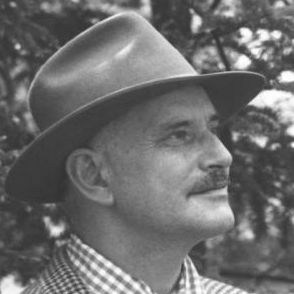 Henry Beston (1888 â€“ 1968) was an American writer and naturalist who is best known for his 1928 novel The Outermost House. Beston began teaching at the UniversitÃ© of Lyon in 1912. In 1914, he returned to Harvard as an assistant in the English department. In 1915, Beston enlisted in the French army as an ambulance driver. In his debut book, A Volunteer Poilu, he chronicled his service in the Bois le Pretre and at the Battle of Verdun.

In 1918, Beston was appointed as a press representative for the United States. The only American correspondent to travel with the British Grand Fleet and to be onboard an American destroyer during a combat engagement and sinking were highlights of this period. Full Speed Ahead, his second book of journalistic work, recounted these events. Henry Beston Sheahan began writing fairy tales under the name Henry Beston after World War I ended.

The Firelight Fairy Book was released in 1919, while The Starlight Wonder Book was published in 1923. He worked as an editor for The Living Age, an extension of The Atlantic Monthly, during this time. While there, he met his future wife, Elizabeth Coatsworth, a children's book author.