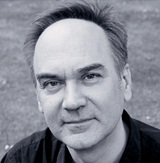 Hervü¾Ž–”¼ Le Tellier is a writer, journalist, mathematician, food critic, and teacher. He has been a member of the Oulipo group since 1992 and one of the papous of the famous France Culture radio show. He has published fifteen books of stories, essays, and novels, including Enough About Love (Other Press, 2011), The Sextine Chapel (Dalkey Archive Press, 2011), and A Thousand Pearls (Dalkey Archive Press, 2011). Adriana Hunter studied French and Drama at the University of London. She has translated more than eighty books, including Vü¾Ž–”¼ronique Olmi's Bakhita and Hervü¾Ž–”¼ Le Tellier's Elü¾Ž–”¼ctrico W, winner of the French-American Foundation's 2013 Translation Prize in Fiction. She lives in Kent, England.