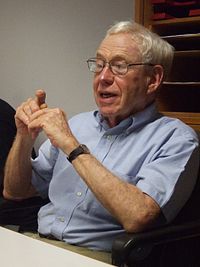 Hubert L. Dreyfus, University of California Hubert L. Dreyfus is Professor of Philosophy in the Graduate School at the University of California, Berkeley. His research bridges the Analytic and Continental traditions in philosophy. His major interests are phenomenology, existentialism, philosophy of psychology, philosophy of literature, and
philosophical implications of artificial intelligence. He is the author of Skillful Coping: Essays on the Phenomenology of Everyday Perception and Action (OUP, 2014), Retrieving Realism (with Charles Taylor, Harvard University Press), and All Things Shining (with Sean Kelly, Simon & Schuster). Mark Wrathall is Professor of Philosophy and Chair of the Philosophy Department at the University of California, Riverside. He works in the phenomenological tradition of philosophy, and is interested in issues surrounding selfhood, responsibility, authenticity, temporality, and the phenomenology of
religious Read More chevron_right