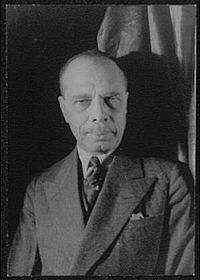 Dan Nadel is Curator at Large of the Jan Shrem and Maria Manetti Shrem Museum of Art, UC Davis. He is the author and editor of several books, including Art Out of Time: Unknown Comic Visionaries, 1900-1969; Gary Panter; and New York Review Comics's Return to Romance: The Strange Love Stories of Ogden Whitney (with Frank Santoro). He lives in Brooklyn, New York. Charles Johnson is a novelist, essayist, literary scholar, philosopher, cartoonist, screenwriter, and professor emeritus at the University of Washington in Seattle. A MacArthur fellow, he won the National Book Award for his novel Middle Passage in 1990. Ronald Wimberly was born in Washington, D.C. His books include Prince of Cats. He is the editor of the art newspaper LAAB. Kerry James Marshall is a Chicago-based artist best known for his portraits of Black figures. The Museum of Contemporary Art Chicago hosted a retrospective exhibition of his work, Kerry James Marshall: Mastry, in 2016. He was included on the Time 100 list in 2017.