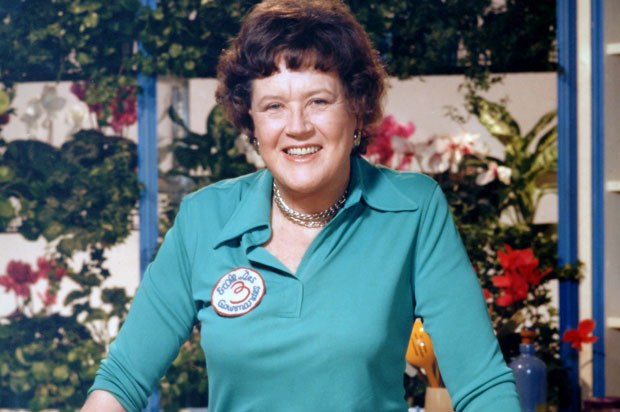 Julia Child was born in the city of Pasadena in the state of California. She attended Smith College and worked for the OSS during WWII; after that, she moved in Paris, studied at the Cordon Bleu, and taught cooking alongside Simone Beck and Louisette Bertholle, with whom she co-wrote Mastering the Art of French Cooking (1961). Julia Child became a national star after WGBH in Boston launched The French Chef television series in 1963, garnering her a Peabody Award in 1965 and an Emmy in 1966. Following that, there were other public television series and a slew of cookbooks. She passed away in 2004.

Simone (Simca) Beck was born in the Normandy town of Tocqueville en Caux in 1904. In 1933, she enrolled in the Cordon Bleu, the world's most prestigious culinary school at the time. On her husband's advice, they began looking for an American to assist them in 1951, and a friend introduced Simca to Julia Child, who was studying cookery in Paris at the time.