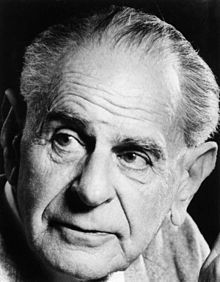 One of the most influential philosophers of the twentieth century was Sir Karl Popper. Popper, who was born in Vienna in 1902, grew up in a place where there was a lot of intellectual ferment. His friendship with philosophers and scientists led to the publication of his first book, The Logic of Scientific Discovery, in 1934. The New Scientist called it one of the most important publications of the twentieth century when it was first published in English in 1959. Popper was obliged to evacuate to New Zealand on the eve of World War Two, when he took up a teaching position at Canterbury University College in Christchurch.

He wrote The Open Society and Its Opponents, which was published in 1945, while meditating on the dictatorship sweeping Eastern Europe. Popper moved to the London School of Economics in 1946 and lectured there until 1969, when he retired. The Poverty of Historicism was published around this time, and the Sunday Times called it perhaps the only book that will outlast this century. In 1965, he was knighted, and in 1982, he was made a Companion of Honour.