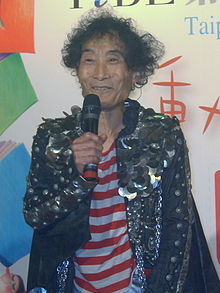 Kazuo Umezu was born in Wakayama, Japan, on September 3, 1936. Umezu is widely regarded as the most important horror manga artist of all time, having begun drawing professionally in the 1950s. Nekome Kozo (The Cat-Eyed Kid, 1967-1968), Orochi, The Drifting Classroom (1972-1974), Ultraman (a manga adaptation of the TV series), Senrei (Baptism), My Name is Shingo, The Left Hand of God/Right Hand of the Devil, and Fourteen are among his many horror and sci-fi/horror works. Umezu is also a skilled comedy cartoonist, as evidenced by his popular gag series Makoto-Chan (1976) and Again. Umezu's strange aesthetic, fantastic ideas, and occasionally horrifying visuals have made him a fixture of Japanese pop culture, and his work has been turned into films, anime, and memorabilia.