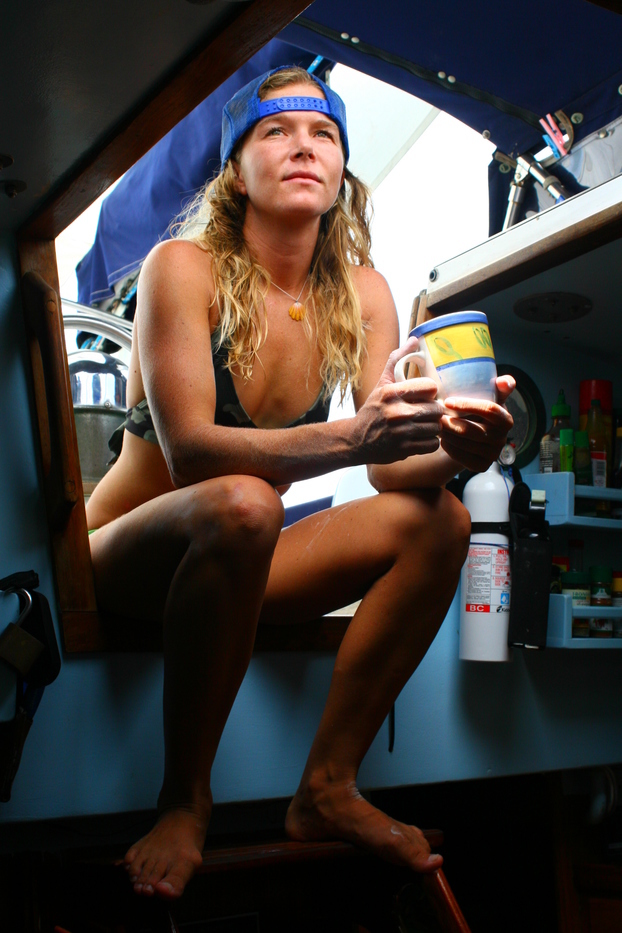 Clark, Liz: - When Liz Clark was nine, her family spent seven months sailing down Mexico's Pacific coast. After returning to land life in San Diego, she dreamed of one day seeing the world by sailboat. While earning her BA in Environmental Studies from UC Santa Barbara, she fell in love with surfing. After college, she turned her voyaging dream into reality, sailing south from Southern California through Central America and the Pacific Islands. For more than a decade, she has kept her nomadic ocean lifestyle going through writing, blogging, photography, representing conscious brands, and earning recognition as a surf adventurer, environmental activist, and captain. She hopes to inspire people to live their passions and reconnect with nature and our inherent oneness. She was featured in the film Dear and Yonder> (2009), and nominated for National Geographic Adventurer of the Year in 2015.