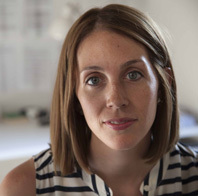 Liz Moore, a journalism graduate of Kansas State University, worked for ten years for daily and weekly newspapers in Kansas and Texas, where she won awards for her reporting, editing, and photography. She relocated to Texas and devoted her professional life to non-profit public relations, which provided her with a nice condo in a Fort Worth suburb and, eventually, two cats instead of one. Liz also spent five years in Washington, D.C. Liz chose her next phase of life, returning to the little town, because she was tired of cities and had finally written this novel. She has lived in Independence, her hometown and place of pre-college education, since 2008. She is the executive director of Independence Main Street, a program dedicated to conserving a historic downtown's beauty while also promoting its economic vibrancy.