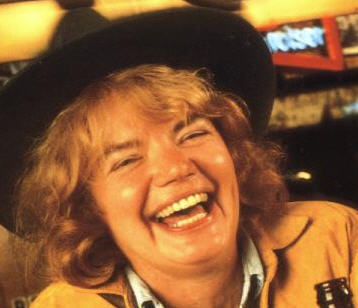 MOLLY IVINS began her career in journalism as a member of the Houston Chronicle's complaint department. She became co-editor of The Texas Observer in 1970, which allowed her to cover the Texas legislature and have frequent spasms of uncontrollable laughter. Ivins began his career as a political correspondent for The New York Times in 1976. The next year, she was promoted to Rocky Mountain Bureau Chief, primarily due to the fact that there was no one else in the bureau at the time. She returned to Texas in 1982, possibly indicating a masochistic streak, and has had much to write about since then.

Her freelance writing has appeared in Esquire, The Atlantic Monthly, The New York Times Magazine, The Nation, Harper's, and other journals, and her column is syndicated in over 300 newspapers. Molly Ivins Can't Say That, Can She? was her debut novel. Her George W. Bush books, co-authored with Lou Dubose, are well-known. She is a three-time Pulitzer Prize nominee, and her two greatest achievements are that the Minneapolis police department named its mascot pig after her and that she was previously barred from Texas A&M University's campus.