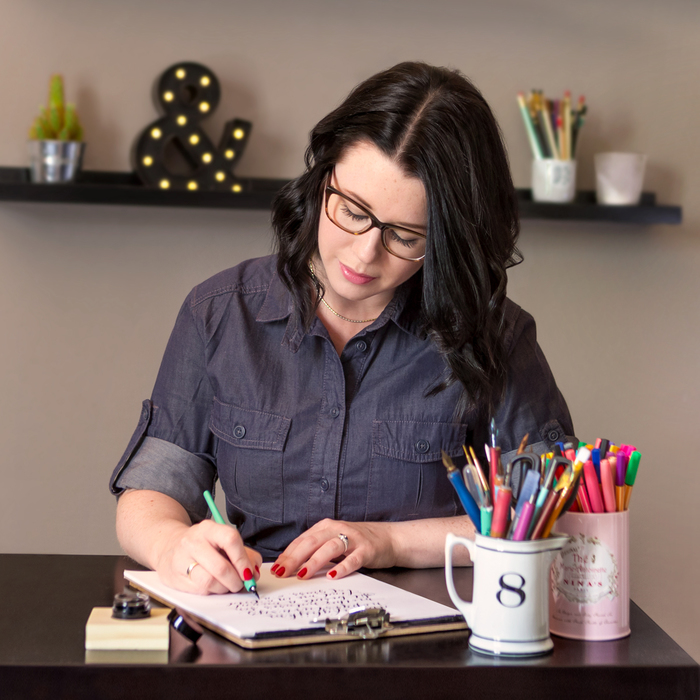 Molly's second book, The Calligrapher's Business Handbook: Pricing and Rules for Lettering Artists (Calligrafile Publishing, 2017), teaches hand letterers how to build a successful freelancing profession and was an Amazon Best Seller in the Calligraphy and Business of Art categories. Victorio & Lucchino, as well as Jill. UPPERCASE, Martha Stewart Living, The Wall Street Journal, LA Times, The Guardian, Buzzfeed, Bound & Lettered, Country Living, Style Me Pretty, Design*Sponge, and Snippet & Ink have all featured her work and words.Molly also enjoys teaching. Molly is a Top Teacher on the Skillshare.com platform, with over half a million minutes of watch time since her first Skillshare class released in 2013. In 2016, Molly founded Calligrafile.com, a curated library of resource links and items for calligraphers, hand lettering artists, type fans, and c

With over two dozen contributing artists and thousands of participants from all over the world, it is the largest site of its kind.