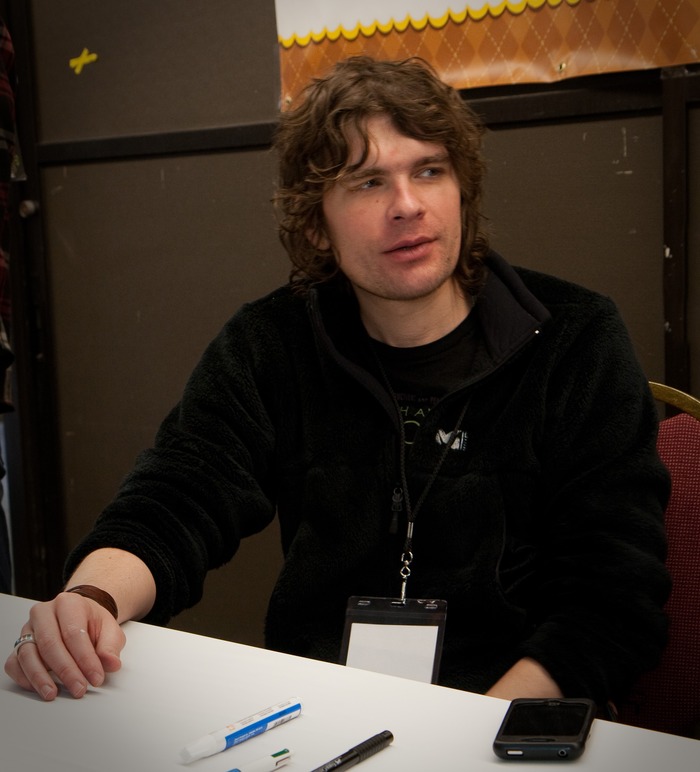 PAUL POPE is an alternative comic book writer and illustrator from the United States. Daniel Torres, Bruno Premiani, Jack Kirby, Alex Toth, Tony Salmons, Hugo Pratt, Silvio Cadelo, Vittorio Giardino, and Herge are among Pope's influences, as noted in his book P-City Parade. AARON RENIER grew up in the Green Bay, Wisconsin area. For as long as he can remember, he's been making comics in some form or another. His work has been shown in a number of venues, including transforming a municipal bus into a moving aquarium.

For his first graphic novel, Spiral-Bound, he received the Eisner Award for cartoonist deserving of broader notice. He is the artist of Gerald Morris's Knights of the Roundtable series, as well as Alice Shertle's picture book An Anaconda Ate My Homework. He resides in Chicago, Illinois, with his loyal hound, Beluga. CHRIS HOUGHTON is a published artist and designer who lives with his wife, Kassandra, in Los Angeles.

ANTHONY CLARK is a well-known cartoonist whose work may be found at nerdriod.com. He is frequently spotted coloring comics for other creators when he is not doing his own work.