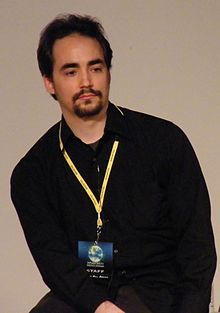 Peter Joseph is a musician, filmmaker, author, and social activist from the United States who is best known for creating the award-winning Zeitgeist Film Series and founding the Zeitgeist Movement, a global social sustainability advocacy organization. Apart from current feature-film projects, Joseph created Culture in Decline, a free, television-style web series that has been translated into over twenty-five languages, won critical acclaim, and garnered millions of online views. Joseph has given talks on cultural and social sustainability, critical thinking, and the social function of the arts and scientific literacy all over the world, including the United Kingdom, Canada, America, Brazil, and Israel. His work has been featured in the New York Times, Huffington Post, Marker, Free Speech TV, The Young Turks, Hollywood Today, the Examiner, and many other media venues. He has spoken at TEDx events, worked with the Global Summit, and is a regular social critic on the Russian television network Russia Today.