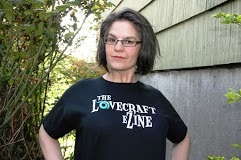 David C. Kay is a writer, engineer, artist, and naturalist, combining disparate occupations with the same effectiveness as his favorite business establishment, Acton Muffler, Brake, and Ice Cream (now defunct). Dave has written or contributed to more than a dozen computer books, including various editions of WordPerfect 11 For Dummies, Graphics File Formats, and The Complete Reference, Millennium Edition.
Besides writing computer books, Dave consults and writes for high-tech firms, and also teaches about wildlife and edible plants. For recreation, he paints theatrical sets, makes strange blobs from molten glass, sings Gilbert and Sullivan choruses in public, and hikes in whatever mountains he can get to. He longs for the Rocky Mountains of Canada, pines for the fjords of New Zealand, and dreams of tracking kiwis and hedgehogs in Wanaka. He feels silly writing about himself in the third person like this and will stop now.

Richard Wagner is an experienced For Dummies author whose writings span both technical and non-technical worlds. His tech books include WordPerfect 11 For Dummies, XML All-in-One Desk Reference For Dummies, XSLT For Dummies, as well as 15 other computer books. He also invented and architected the award-winning NetObjects ScriptBuilder software product. In his non-tech life, Richard is author of Christianity For Dummies and Christian Prayer For Dummies and editor of the Digitalwalk.com e-zine.