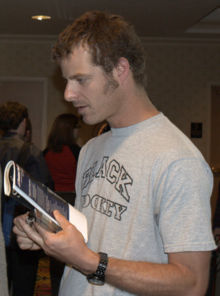 Tad Burness, an auto historian, wrote more than twenty-two books about automobiles, including his beloved American Car Spotter guides. He also wrote syndicated Auto Album column, which ran from 1966 until his death in 2012. Matt Stone is a freelance journalist, author, broadcaster, and former Editor of Motor Trend Classic magazine. He has been a professional automotive journalist/photographer since 1990. He has authored and photographed ten automotive books and is a former member of SPEED/FOX SPORTS television network's Barrett-Jackson auction broadcast team. Matt is also a judge at various Concours d'Elegance, and a member of the LeMay-America's Car Museum Steering Committee. He serves his profession as a past officer and board of directors member, Keynote Address Committee chairman, and past president of the Motor Press Guild (MPG) trade association.