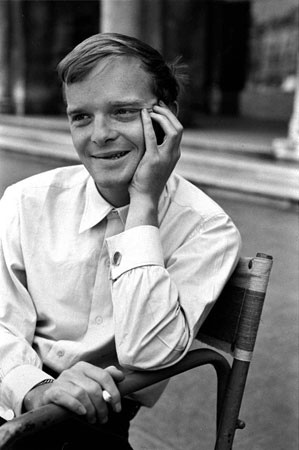 Truman Capote was born in New Orleans on September 30, 1924. He was taken to live with relatives in Monroeville, Alabama, after his parents divorced. He would meet his lifelong buddy, author Harper Lee, here. With the release of his debut novel, Other Voices, Other Rooms, in 1948, Capote gained international acclaim. Breakfast at Tiffany's, A Tree of Night, The Grass Harp, Summer Crossing, A Christmas Memory, and In Cold Blood, largely regarded as one of the finest novels of the twentieth century, are among his notable works.

The O has been given to him twice. Capote was the winner of the Henry Short Story Prize, as well as a National Institute of Arts and Letters Creative Writing Award and an Edgar Award. He passed away on August 25, 1984, just shy of his sixtieth birthday.