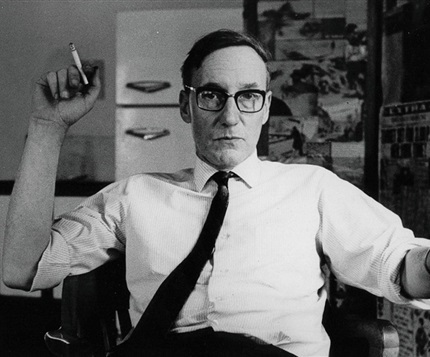 William Burroughs is regarded as one of the twentieth century's most original, politically incisive, and influential artists. In 1914, he was born into a middle-class family in St. Louis, Missouri. Together with Jack Kerouac and Allen Ginsberg, he was a significant player in the Beat Generation of writers that emerged in the early 1950s. Burroughs moved to Paris and began his cut-up project, which resulted in a trilogy of novels--The Soft Machine, The Ticket That Exploded, and Nova Express--as well as tape, video, and photomontage experiments, all inspired by the artist Brion Gysin.

Burroughs returned to America in the 1970s after living in Mexico, Morocco, and Europe. He eventually settled in Lawrence, Kansas. He finished a last trilogy of novels--Cities of the Red Night, The Place of Dead Roads, and The Western Lands--and collaborated with a wide range of artists in many mediums. On August 2, 1997, he passed away.