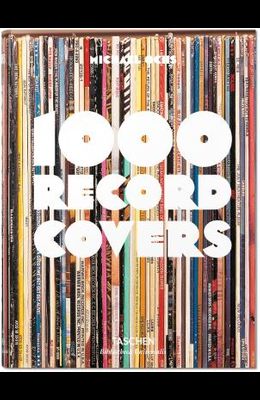 Jacket madness: A splendid collection of album art from the 1960s to the 90s Record covers are a sign of our life and times. Like the music on the discs, they address such issues as love, life, death, fashion, and rebellion. For music fans the covers are the expression of a period, of a particular time in their lives. Many are works of art and have become as famous as the music they stand for--Andy Warhol's covers, for example, including the banana he designed for The Velvet Underground. This edition of Record Covers presents a selection of the best rock album covers of the 60s to 90s from music archivist, disc jockey, journalist, and former record-publicity executive Michael Ochs's enormous private collection. Both a trip down memory lane and a study in the evolution of cover art, this is a sweeping look at an underappreciated art form. About the Series: Bibliotheca Universalis -- Compact cultural companions celebrating the eclectic TASCHEN universe at an unbeatable, democratic price Since we started our work as cultural archaeologists in 1980, the name TASCHEN has become synonymous with accessible, open-minded publishing. Bibliotheca Universalis brings together nearly 100 of our all-time favorite titles in a neat new format so you can curate your own affordable library of art, anthropology, and aphrodisia. Bookworm's delight -- never bore, always excite Text in English, French, and German