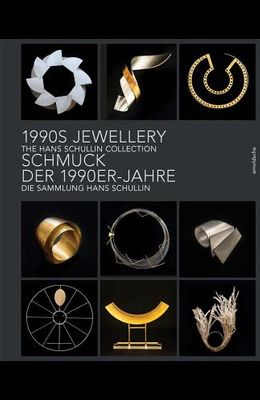 -Complete documentation of the 'Design Workshop Schmuck', initiated by Hans Schullin and Fritz Maierhofer in the 1990s -An exciting overview of art jewelry and training oppourtunities in Austria -Invited guest professors: David Watkins, Gijs Bakker, Giampaolo Babetto, Gerd Rothmann, Susanne Hammer, Erico Nagai and Onno Boekhoudt Initiated by Hans Schullin and directed by Fritz Maierhofer - both of them driven by the same passion for artistic jewelry - the Design Workshop Schmuck took place in Graz between 1991 and 1998. Based on the idea of creating an additional alternative to the existing training in Austria, internationally renowned guest professors, such as David Watkins, Giampaolo Babetto and Gijs Bakker, were invited to develop projects with the jewelry artists and goldsmiths in attendance. More than sixty jewelry pieces by students and teachers can be found in this exceptional collection, which was exhibited for the first time in the Museum im Palais in Graz in 2012. The catalogue includes all details about the collection, interviews and artists' CVs, as well as a text on contemporary jewelry from the 1990s. Text in English and German. Hans Schullin: Foreword Sophie Beer: 1990s Jewelry 1991: Fritz Maierhofer 1992: David Watkins 1993: Giampaolo Babetto 1994: Gijs Bakker 1995: Susanne Hammer 1996: Gerd Rothmann 1997: Erico Nagai 1998: Onno Boekhoudt

List of All Editions of 1990s Jewellery: The Hans Schullin Collection