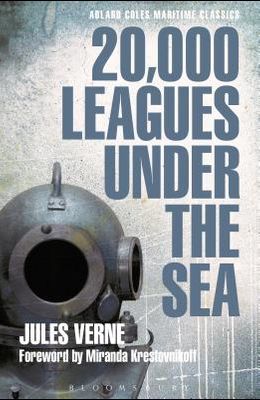 After a mysterious sea monster damages an ocean liner, the US government assembles a team in New York City to track down the creature and destroy it. French marine biologist Pierre Aronnax receives a last-minute invitation, as does Canadian harpoonist Ned Land. They leave aboard the Abraham Lincoln , bound for Cape Horn and then the Pacific Ocean. But all is not as it seems. When they find the monster and attack, the Abraham Lincoln is damaged and Aronnax and Land end up thrown onto the monster's hide. Except where there should be flesh there is metal. The monster is in fact a submarine called the Nautilus , captained by a mysterious renegade named Nemo, who swiftly takes his former pursuers captive aboard his impossible vessel and then dives deep beneath the waves. So begins the adventure of a lifetime for Aronnax and Land, as Nemo refuses to ever let them leave in case they reveal the truth about the Nautilus . Nemo is on a mission to seek out scientific knowledge and wreak revenge on the civilisation that destroyed his family, a mission that sees the Nautilus explore shipwrecks, hunt sharks, visit the real Atlantis, get attacked by a giant squid and end up stuck in a terrible whirlpool. With 20,000 Leagues Under the Sea , Jules Verne can rightly be considered one of the founding fathers of science fiction. This special edition is based on the original translation that popularised the novel in the English-speaking world, and features brand-new maps that establish where (under the sea) the action of the novel was meant to take place.