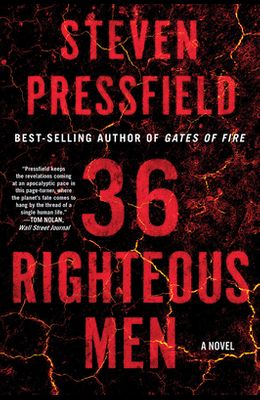 New York homicide detectives James Manning and Covina Dewey Duwai have been called in to investigate a string of brutal and bizarre murders with apocalyptic warnings carved in blood. Their NYPD bosses dismiss this stuff as preposterous. But when Manning and Dewey apprehend a defrocked rabbinical scholar fleeing one of the crime scenes, they are brought face-to-face with the shocking truth: the Jewish legend of the hidden Righteous Men, the 36 who protect the world from destruction, is no legend at all. They are real, and they are being murdered one by one. Manning and Dewey must save the last of the Righteous Men from a killer who may or may not be supernatural and who won't stop until he has brought about the End Times for the entire human race.