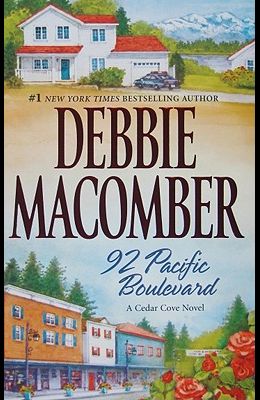 Book #9 in the Cedar Cove Series
by
Debbie Macomber

92 Pacific Boulevard Cedar Cove, Washington Dear Reader, I'm not much of a letter writer. As the sheriff here, I'm used to writing incident reports, not chatty letters. But my daughter, Megan--who'll be making me a grandfather soon--told me I had to do this. So here goes. I'll tell you straight out that I'd hoped to marry Faith Beckwith (my onetime high school girlfriend) but she ended the relationship last month, even though we're both widowed and available. There were a few misunderstandings between us, some of them inadvertently caused by Megan. However, I've got plenty to keep me occupied, like the unidentified remains found in a cave outside town. And the fact that my friend Judge Olivia Griffin is fighting cancer. And the break-ins at 204 Rosewood Lane--the house Faith happens to be renting from Grace Harding... If you want to hear more, come on over to my place or to the sheriff's office--if you can stand the stale coffee Troy Davis