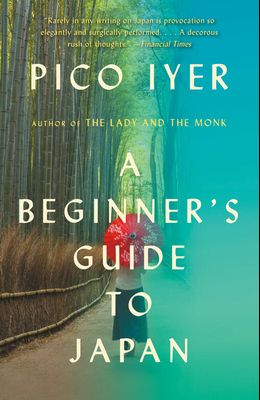 A Beginner's Guide to Japan: Observations and Provocations

Arguably the greatest living travel writer ( Outside magazine), Pico Iyer has called Japan home for more than three decades. But, as he is the first to admit, the country remains an enigma even to its long-term residents. In A Beginner's Guide to Japan , Iyer draws on his years of experience--his travels, conversations, readings, and reflections--to craft a playful and profound book of surprising, brief, incisive glimpses into Japanese culture. He recounts his adventures and observations as he travels from a meditation hall to a love hotel, from West Point to Kyoto Station, and from dinner with Meryl Streep to an ill-fated call to the Apple service center in a series of provocations guaranteed to pique the interest and curiosity of those who don't know Japan--and to remind those who do of its myriad fascinations.