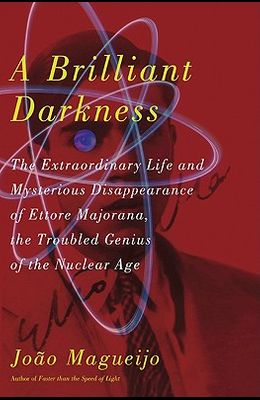 A Brilliant Darkness: The Extraordinary Life and Disappearance of Ettore Majorana, the Troubled Genius of the Nuclear Age

On the night of March 26, 1938, nuclear physicist Ettore Majorana boarded a ship, cash and passport in hand. He was never seen again. In A Brilliant Darkness , theoretical physicist Joao Magueijo tells the story of Majorana and his research group, the Via Panisperna Boys, who discovered atomic fission in 1934. As Majorana, the most brilliant of the group, began to realize the implications of what they had found, he became increasingly unstable. Did he commit suicide that night in Palermo? Was he kidnapped? Did he stage his own death? A Brilliant Darkness chronicles Majorana's invaluable contributions to science--including his major discovery, the Majorana neutrino--while revealing the truth behind his fascinating and tragic life.