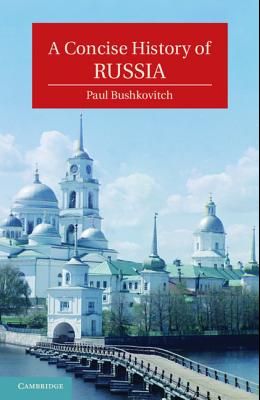 A Concise History of Russia

Part of the Cambridge Concise Histories Series
by
Paul Bushkovitch

Accessible to students, tourists, and general readers alike, this book provides a broad overview of Russian history since the ninth century. Paul Bushkovitch emphasizes the enormous changes in the understanding of Russian history resulting from the end of the Soviet Union in 1991. Since then, new material has come to light on the history of the Soviet era, providing new conceptions of Russia's pre-revolutionary past. The book traces not only the political history of Russia, but also developments in its literature, art, and science. Bushkovitch describes well-known cultural figures, such as Chekhov, Tolstoy, and Mendeleev in their institutional and historical contexts. Though the 1917 revolution, the resulting Soviet system, and the Cold War were a crucial part of Russian and world history, Bushkovitch presents earlier developments as more than just a prelude to Bolshevik power.