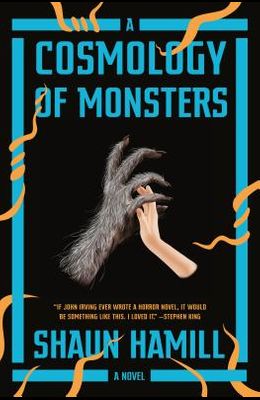 A Cosmology of Monsters

If John Irving ever wrote a horror novel, it would be something like this. I loved it. --Stephen King Noah Turner sees monsters. His father saw them--and built a shrine to them with The Wandering Dark, an immersive horror experience that the whole family operates. His practical mother has caught glimpses of terrors but refuses to believe--too focused on keeping the family from falling apart. And his eldest sister, the dramatic and vulnerable Sydney, won't admit to seeing anything but the beckoning glow of the spotlight . . . until it swallows her up. Noah Turner sees monsters. But, unlike his family, Noah chooses to let them in . . .