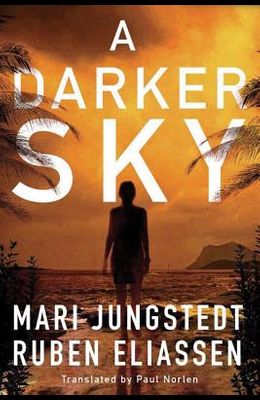 by
Mari Jungstedt and Ruben Eliassen and Paul Norlen

Murder is killing the mood at a yoga tourist destination. As dawn breaks on the Canary Islands, a fisherman discovers a woman lying dead on the rocks nearby, her body arranged like a piece of art. To solve the case, Chief Inspector Diego Quintana gets unexpected help from Swedish journalist Sara Moberg, who runs the Scandinavian newspaper on the island, as well as from handsome former investigator Kristian Wede. But not even that can stop the killer from striking again. As the death toll rises, the mood darkens, and Sara and Kristian race to find the killer before another tourist falls prey. But who is the culprit--an island local with a grudge against the tourists, a visitor on the run from trouble in her home country, the womanizing local yoga instructor, or the person they least suspect?