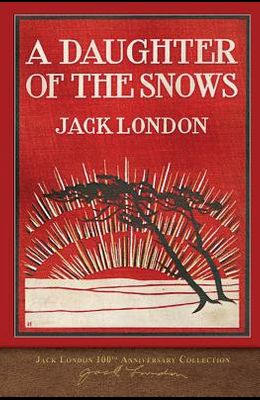 A Daughter of the Snows: 100th Anniversary Collection

Jack London books by SeaWolf Press were selected for sale by the Jack London Museum. A beautfiul version with the first edition cover and original illustrations. This edition is part of the 100th Anniversary Collection honoring the 100th anniversary of Jack London's death in 1916. In his short 20-year career, he produced more than 50 books. The text and illustrations in this collection are taken from his early publications and the covers are replicas of the first edition covers. Fonts common 100 years ago are used--Century for the text and Bembo on the cover. The book's original format is matched as much as possible. Jack London's first novel (his earlier books were collections of short stories), A Daughter of the Snows follows the adventurous heroine, Frona Welse, as she returns to Alaska from school at Stanford. She travels to the Klondike gold rush dealing with the men of the North as an equal. She falls in love with two men and narrowly escapes death in a frozen river.