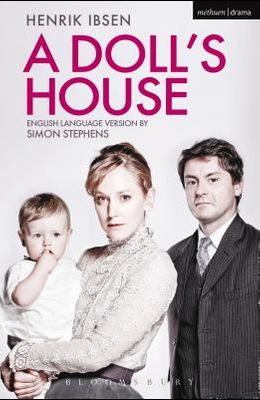 'I think I'm a human being before anything else. I don't care what other people say. I don't care what people write in books. I need to think for myself.' Henrik Ibsen's A Doll's House premiered in 1879 in Copenhagen, the second in a series of realist plays by Ibsen, and immediately provoked controversy with its apparently feminist message and exposure of the hypocrisy of Victorian middle-class marriage. In Ibsen's play, Nora Helmer has secretly (and deceptively) borrowed a large sum of money to pay for her husband, Torvald, to recover from illness on a sabbatical in Italy. Torvald's perception of Nora is of a silly, naive spendthrift, so it is only when the truth begins to emerge, and Torvald appreciates the initiative behind his wife, that unmendable cracks appear in their marriage. This compelling new version of Ibsen's masterpiece by playwright Simon Stephens premiered at the Young Vic Theatre, London, on 29 June 2012. It was updated with minor changes in 2013.