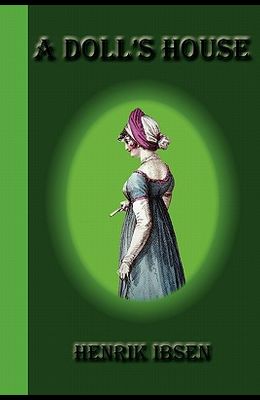 A Doll's House made Henrik Ibsen world famous; the play is still Ibsen's most popular and one of his most acclaimed. Frequently called the first feminist play, A Doll's House is a fierce critique of Victorian society's conduct toward women. The play revolves around the lives of Nora and Torvald Helmer. Nora is treated as a juvenile, foolish woman by her husband. In reality Nora has been secretly working odd jobs to pay back the money she borrowed when Torvald was ill. This selfless act saved Torvald's life. Nora borrowed the money from her father's bank by a forged signature and has been plagued with the fear of Torvald discovering her secret. When Torvald discovers the existence of the loan he berates Nora, calling her a deceitful and corrupt woman and telling her she is unfit to raise their children. He says that he will stay married only to maintain appearances. Nora realizing that Torvald's love has always been conditional on her maintaining a traditional role as wife and mother decides that she must leave to find out who she is and what to make of her life.