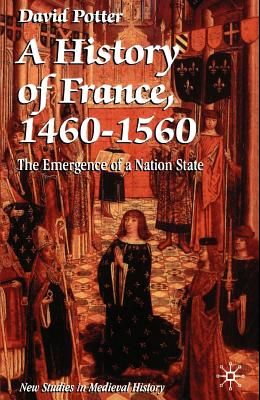 A survey of French history from the reign of Louis XI to the outbreak of the Wars of Religion that isolates some of the controversial theories of the period: state building, nobility and clientage and the Reformation and discusses them with full attention to the regional diversity of France. It also introduces the reader to recent research on the court and government set in the context of the basic social and economic movements of the period. It is argued that the basic identity of France as a nation was reinforced under the aegis of monarchical legitimacy backed by the nobility and the church, setting the pattern for the rest of the Ancien Regime.

From the Back Cover The period of French history from Louis XI to the Wars of Religion is rarely discussed by historians as a coherent whole. Surveys of the late fifteenth or early sixteenth century have tended to put the emphasis on the distinction between 'late medieval' and 'early modern' characteristics. This book stresses the continuity between medieval and Renaissance France in its institutions; social framework and religious ideas, while taking account of new economic developments from the end of the fifteenth century and the impact of the Protestant Reformation in the sixteenth century.

List of All Editions of A History of France, 1460 1560: The Emergence of a Nation State