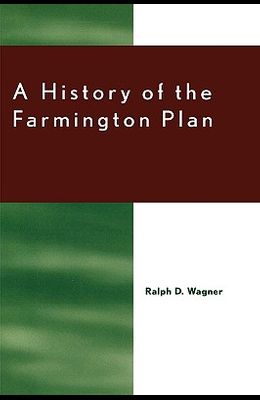 A History of the Farmington Plan

In 1942 an advisory board to the Library of Congress drafted a proposal for a national program of cooperation among research libraries, aimed at acquiring at least one copy of every book published anywhere in the world, which might conceivably be of interest to a research worker in America. Each participating library would acquire books in its assigned subject areas, catalog them, and send cards to the National Union Catalog. And thus was born the Farmington Plan, which began operation in 1948 under the sponsorship of the Association of Research Libraries. In 1972, nearly a decade after a two-year investigation revealed the project was failing, the plan was abandoned, but the concept of cooperative acquisitions of foreign library materials remains viable under several other programs today. A chance encounter with a long forgotten copy of The Farmington Plan Handbook led Ralph Wagner to investigate the most famous failed experiment on library cooperation. The result of Wagner's decade of research is the first in-depth study of the plan's shortcomings and achievements. A History of The Farmington Plan is at once a history of the term itself and the numerous connotations attached to it. Includes copious references to archival sources previously unavailable. An informative read for students of library history and for anyone involved in consortium development. Useful as a basis for understanding the growing phenomenon of international cooperation among libraries.