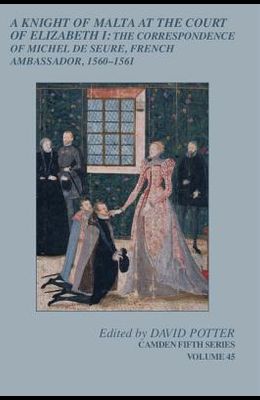 A Knight of Malta at the Court of Elizabeth I

This edition fills a notable gap in our knowledge of Anglo-French relations in the early Elizabethan period. During the 1560s, the reports of French ambassadors are only preserved in fragments and it was until recently believed that nothing survived of the reports of Michel de Seure, ambassador from February 1560 to February 1562. Collected here, these shed light on the difficulties of negotiating with Elizabeth I, her preoccupations in 1560-1 and French opinions on her policy. Appendices include documents detailing de Seure's dealings with the Scottish regent, Mary of Guise, and his formulation of propaganda in response to Elizabeth's declarations concerning Scotland and France. This title sets de Seure's time in England in the context of his career as a whole, which included time serving as a naval commander in Scotland and the Mediterranean, negotiating with the Turks and the Order of Malta, and a period as ambassador in Portugal.