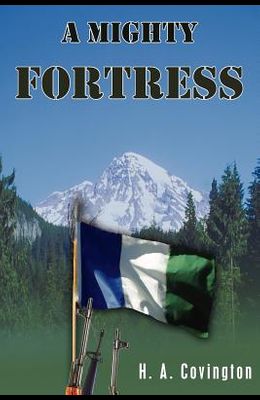 Book #3 in the Northwest Independence Novels Series
by
H a Covington
$21.58
Select Format

The next book of H. A. Covington's Northwest novel trilogy, A Mighty Fortress picks up where A Distant Thunder left off, and serves as a bridge to the final novel in the series, The Hill of the Ravens. In a not too distant future, the United States is on the verge of breakup and collapse. America is hopelessly bogged down in an overseas war against the Islamic world in a dozen countries that seems to have no end, while at the same time the nation is torn by years of bloody domestic terrorism on the part of white militias in the Pacific Northwest, and Hispanic separatists in the Southwest. The economy, the government, and the legal system are falling apart. America is going broke and on the verge of meltdown, as well as facing a major Arab offensive in the Middle East. Finally, the Federal government has no choice but to submit to negotiations with the terrorists, and a peace conference is called at Longview, Washington.Cody Brock is a tough Seattle street kid, a runaway who joined the Northwest Volunteer Army at sixteen. By day he attends Hillside High School, where he falls in love with the cheerleader, homecoming queen, and budding actress, Kelly Shipman.By night he rides where suddenly Cody is compelled to confront a ghost from his past. His Jewish past.

Northwest Independence Novels Series In Order - By H a Covington

Books similiar to A Mighty Fortress