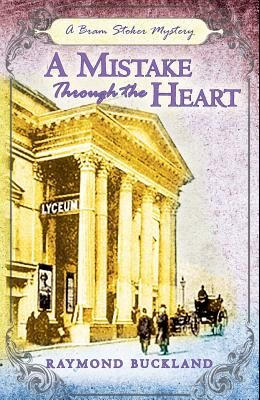 A Mistake Through the Heart: A Bram Stoker Mystery

The third in the Bram Stoker Mysteries series, applauded in Publishers Weekly, Kirkus Reviews, RT Book Reviews and others. In this book London's Lyceum Theatre sees the death (Accident? Suicide? Murder?) of one of its top actors, while a figure taken to be a vampire causes the theatre to lose its main audience. Can Bram Stoker and Harry Rivers solve the riddle of the actor's death and also determine whether or not London is under an attack by vampires?