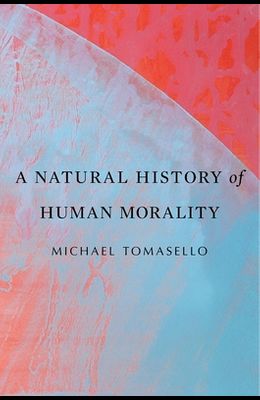 A Natural History of Human Morality

Winner of the Eleanor Maccoby Book Award in Developmental Psychology, American Psychological Association Winner of a PROSE Award, Association of American Publishers Shortlist, Cognitive Development Society Book Award A Choice Outstanding Academic Title of the Year A Natural History of Human Morality offers the most detailed account to date of the evolution of human moral psychology. Based on extensive experimental data comparing great apes and human children, Michael Tomasello reconstructs how early humans gradually became an ultra-cooperative and, eventually, a moral species. Tomasello is convincing, above all, because he has run many of the relevant studies (on chimps, bonobos and children) himself. He concludes by emphasizing the powerful influence of broad cultural groups on modern humans... Tomasello also makes an endearing guide, appearing happily amazed that morality exists at all. --Michael Bond, New Scientist Most evolutionary theories picture humans as amoral 'monads' motivated by self-interest. Tomasello presents an innovative and well-researched, hypothesized natural history of two key evolutionary steps leading to full-blown morality. --S. A. Mason, Choice

Books similiar to A Natural History of Human Morality

List of All Editions of A Natural History of Human Morality