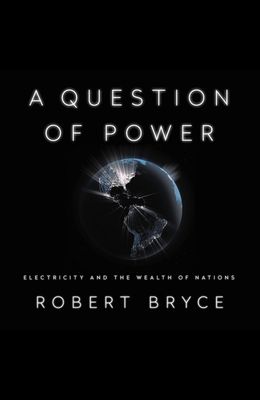 A Question of Power: Electricity and the Wealth of Nations

In the ancient world it was guns, germs, and steel that determined the fates of people and nations; now, more than ever, it is electricity. Global demand for power is doubling every two decades, but electricity remains one of the most difficult forms of energy to supply and do so reliably. Today, some three billion people are still living in places where per-capita electricity use is less than what's used by an average American refrigerator. How we close the enormous gap between the electricity rich and the electricity poor will affect everything from women's rights and healthcare to warfare and climate change.In A Question of Power, Robert Bryce tells the human story of electricity and explains why some countries have successfully electrified while so many others remain stuck in the dark. He shows how our cities, our money--our very lives--depend on reliable flows of electricity.Electricity has fueled a new epoch in the history of civilization. A Question of Power explains how that happened and what it means for our future