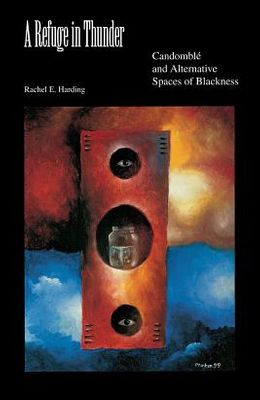 A Refuge in Thunder: Candomblé and Alternative Spaces of Blackness

An important] detailing of the development and evolution of a major institution of the African Diaspora and] of Brazilian and Afro-Brazilian identity. --Sheila S. Walker The Afro-Brazilian religion Candombl has long been recognized as an extraordinary resource of African tradition, values, and identity among its adherents in Bahia, Brazil. Outlawed and persecuted in the late colonial and imperial period, Candombl nevertheless developed as one of the major religious expressions of the Afro-Atlantic diaspora. Drawing principally on primary sources, such as police archives, Rachel E. Harding describes the development of the religion as an alternative space in which subjugated and enslaved blacks could gain a sense of individual and collective identity in opposition to the subaltern status imposed upon them by the dominant society.