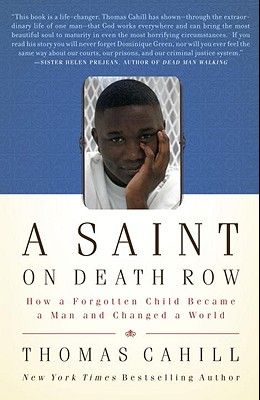 A Saint on Death Row: How a Forgotten Child Became a Man and Changed a World

Bestselling author Thomas Cahill tells the absorbing, heartbreaking tale of the hard life and tragic death of Dominique Green--wrongly accused, then executed in Huntsville, Texas--and shines a light on our racist and deeply flawed criminal justice system. Green, an extraordinary young man from the urban ghettos of Houston, was utterly failed by every echelon of society--the Catholic Church, numerous U.S. courts of law, and even his own mother. But from the depths of despair on Death Row, he transcended his earthly sufferings and achieved enlightenment and peace, inciting an international movement against the death penalty and inspiring his personal hero, Archbishop Desmond Tutu, to plead publicly for mercy. A Saint on Death Row is an unforgettable, sobering, and deeply spiritual account that illuminates the moral imperatives too often ignored in the headlong quest for judgment.