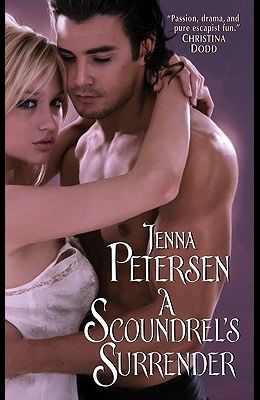 Petersen delivers the final chapter in her passionate series about the illegitimate sons of a notorious duke brought together by love and deception. Original.

From the Back Cover He was everything she'd ever dreamed of . . . And then he was gone. It hasn't been easy for Marah Farnsworthto get over Caleb Talbot, the man who brokeher heart. She's done her best, sequesteringherself in the sleepy English countrysidewhile convincing herself she'd be happymarrying someone else. And she'squite nearly succeeded--when she returnsto London . . . and comes face to facewith the man who abandoned herall those years ago. Caleb believed he was doing the honorablething when he disappeared from Marah'slife. The shocking truth about hisscandalous origins made him unfit to wed.But now, one glimpse of her has againlit a fire in his heart...and letting anotherman have her would be unthinkable.However, winning back Marah's love mayprove the most difficult endeavor thehandsome scoundrel has ever undertaken.

Books similiar to A Scoundrel's Surrender