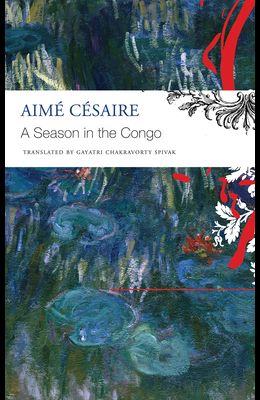 A Season in the Congo

This play by renowned poet and political activist Aime C sairerecounts the tragic death of Patrice Lumumba, the first prime minister of the Congo Republic and an African nationalist hero. A Season in the Congo follows Lumumba's efforts to free the Congolese from Belgian rule and the political struggles that led to his assassination in 1961. C saire powerfully depicts Lumumba as a sympathetic, Christ-like figure whose conscious martyrdom reflects his self-sacrificing humanity and commitment to pan-Africanism. Born in Martinique and educated in Paris, C saire was a revolutionary artist and lifelong political activist, who founded the Martinique Independent Revolution Party. C saire's ardent personal opposition to Western imperialism and racism fuels both his profound sympathy for Lumumba and the emotional strength of A Season in the Congo . Now rendered in a lyrical translation by distinguished scholar Gayatri Chakravorty Spivak, C saire's play will find a new audience of readers interested in world literature and the vestiges of European colonialism.

List of All Editions of A Season in the Congo