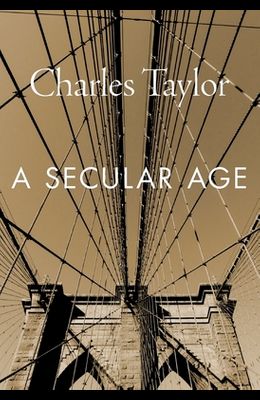 A New York Times Notable Book of the Year A Times Literary Supplement Book of the Year A Globe and Mail Best Book of the Year A Publishers Weekly Best Book of the Year A Tablet Best Book of the Year Winner of a Christianity Today Book Award One finds big nuggets of insight, useful to almost anybody with an interest in the progress of human society. -- The Economist Taylor takes on the broad phenomenon of secularization in its full complexity... A] voluminous, impressively researched and often fascinating social and intellectual history. --Jack Miles, Los Angeles Times A Secular Age is a work of stupendous breadth and erudition. --John Patrick Diggins, New York Times Book Review A culminating dispatch from the philosophical frontlines. It is at once encyclopedic and incisive, a sweeping overview that is no less analytically rigorous for its breadth. --Steven Hayward, Cleveland Plain Dealer A] thumping great volume. --Stuart Jeffries, The Guardian Very occasionally there appears a book destined to endure. A Secular Age is such a book. --Edward Skidelsky, Daily Telegraph It is refreshing to read an inquiry into the condition of religion that is exploratory in its approach. --John Gray, Harper's A Secular Age represents a singular achievement. --Christopher J. Insole, Times Literary Supplement A determinedly brilliant new book. -- London Review of Books