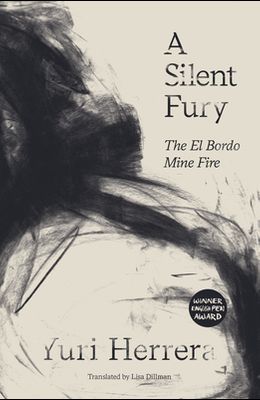 A Silent Fury: The El Bordo Mine Fire

by
Yuri Herrera and Lisa Dillman

The El Bordo Mine Fire broke out on March 10, 1920, in Pachuca, Mexico. Only hours after the evacuation, the mine was sealed in order to extinguish the flames, with the few remaining miners presumed dead. Six days later, it was reopened to recover the bodies. Once inside, it was discovered that not only were there eighty-seven corpses (far more than expected) but also seven survivors--so how many were alive when the mine was sealed? This book interrogates those in power and their efforts to blame the miners for the disaster. Herrera brings his full force of evocation, compassion and literary rigor to bear on this history. This work speaks against social injustice in all its complexity and is an act of restitution for those denied a proper burial at the time.